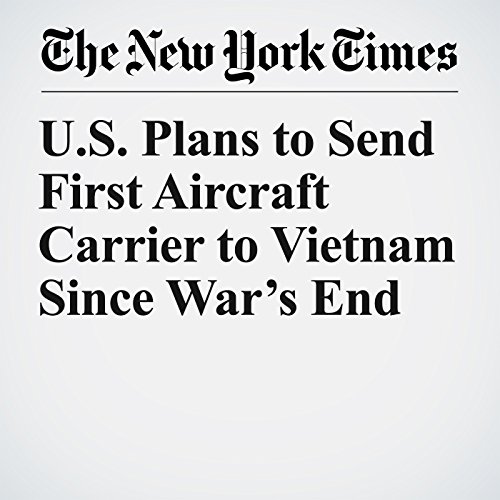 The United States plans to send an aircraft carrier to dock in Vietnam, officials from both nations said on Thursday, a telling sign of Washington’s warming relations with a country that was once battered by U.S. bombs.

"U.S. Plans to Send First Aircraft Carrier to Vietnam Since War’s End" is from the January 25, 2018 World section of The New York Times. It was written by Gerry Mullany and narrated by Kristi Burns.