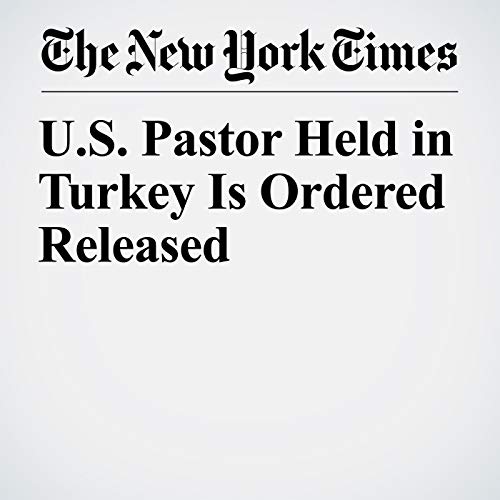 SAKRAN, Turkey — A Turkish court on Friday ordered the release of American pastor Andrew Brunson from house arrest, a move that will end his 24-month imprisonment and allow him to fly home, and that signaled a truce of sorts in a heated diplomatic dispute between Turkey and the United States.

"U.S. Pastor Held in Turkey Is Ordered Released" is from the October 12, 2018 World section of The New York Times. It was written by Carlotta Gall and narrated by Barbara Benjamin-Creel.