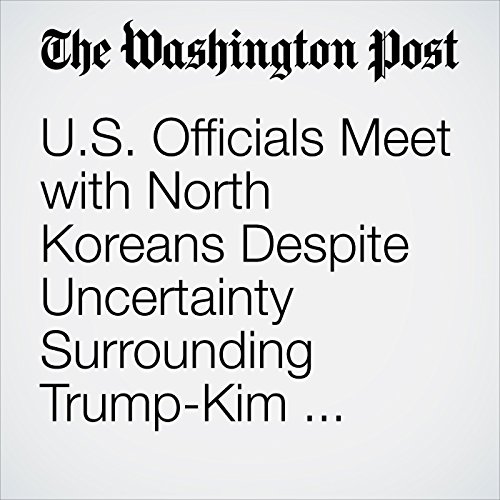 SEOUL — A team of U.S. officials crossed into North Korea on Sunday for talks to prepare for a summit between President Trump and Kim Jong Un, as both sides press ahead with arrangements despite the question marks hanging over the meeting.

"U.S. Officials Meet with North Koreans Despite Uncertainty Surrounding Trump-Kim Meeting" is from the May 27, 2018 World section of The Washington Post. It was written by Anna Fifield and Joby Warrick and narrated by Sam Scholl.