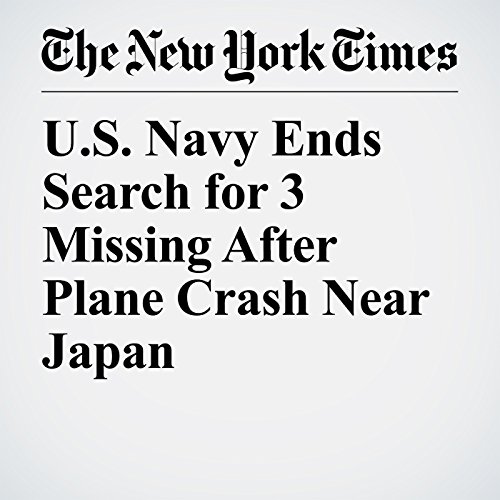 The U.S. Navy on Friday ended its search for three sailors who have been missing since a transport plane crashed near Japan this week, the Navy’s 7th Fleet said in a statement.

"U.S. Navy Ends Search for 3 Missing After Plane Crash Near Japan" is from the November 23, 2017 World section of The New York Times. It was written by Austin Ramzy and narrated by Archie Montgomery.