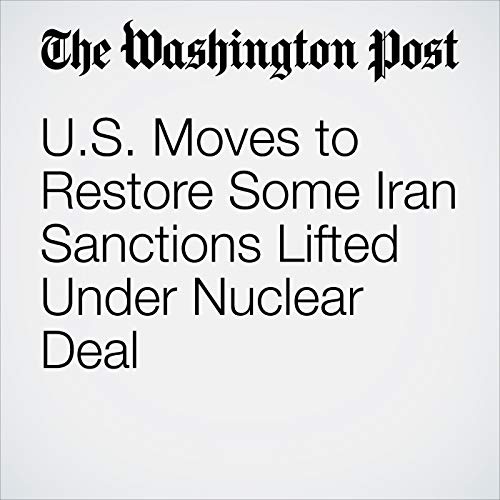 The Trump administration on Monday moved to reimpose the first round of Iranian trade sanctions that had been suspended under the 2015 nuclear agreement, distancing itself from every other country that signed the agreement and putting the accord’s future in jeopardy.

"U.S. Moves to Restore Some Iran Sanctions Lifted Under Nuclear Deal" is from the August 06, 2018 Politics section of The Washington Post. It was written by Carol Morello and narrated by Sam Scholl.