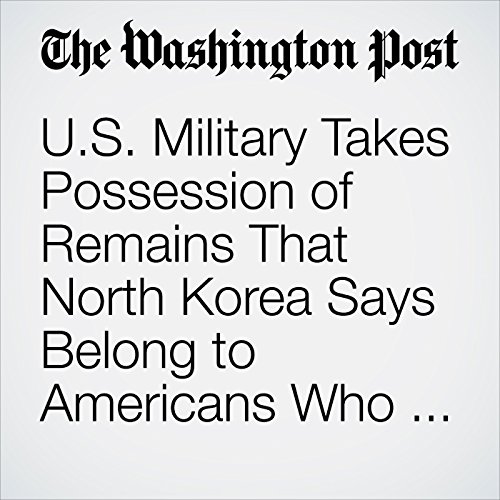 OSAN AIR BASE, South Korea — A U.S. Air Force plane carrying what are thought to be the remains of 55 Americans killed during the Korean War arrived at Osan Air Base in South Korea on Friday morning, the 65th anniversary of the armistice that ended the fighting.

"U.S. Military Takes Possession of Remains That North Korea Says Belong to Americans Who Died in the Korean War" is from the July 27, 2018 World section of The Washington Post. It was written by Adam Taylor and Dan Lamothe and narrated by Jenny Hoops.