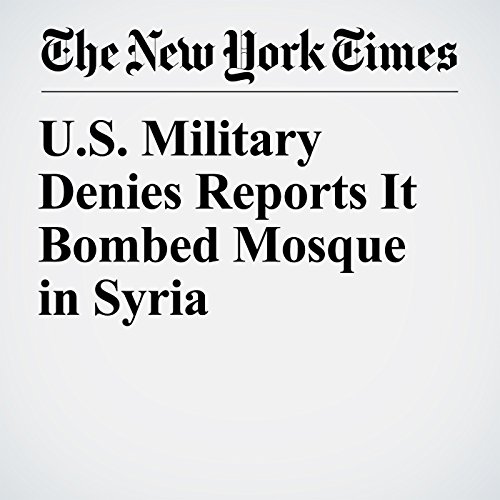 "U.S. Military Denies Reports It Bombed Mosque in Syria" is from the March 17, 2017 World section of The New York Times. It was written by Michael R. Gordon and Hwaida Saad and narrated by Jef Holbrook.