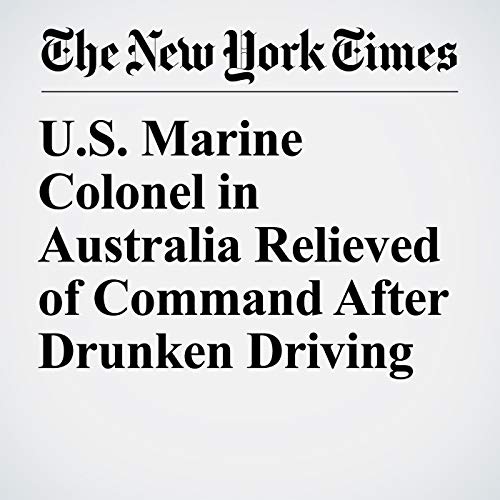 SYDNEY, Australia — America’s highest-ranking Marine Corps officer stationed in Australia was relieved of his command last month after he was arrested on drunken driving charges in Darwin, the military said Monday after the officer, Col. James Schnelle, pleaded guilty to operating a vehicle at twice the legal blood-alcohol limit.

"U.S. Marine Colonel in Australia Relieved of Command After Drunken Driving" is from the October 09, 2018 U.S. section of The New York Times. It was written by Isabella Kwai and narrated by Keith Sellon-Wright.