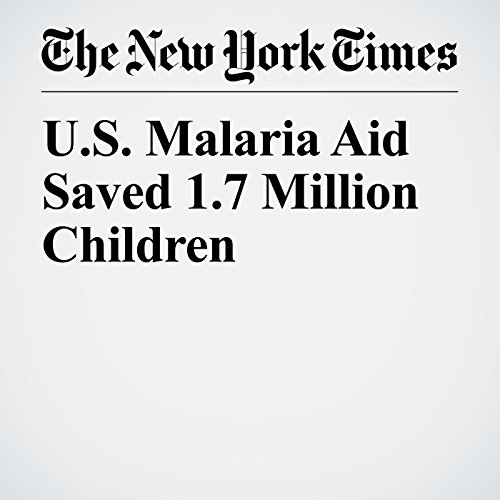 Over the last decade, American donations to fight malaria in Africa have saved the lives of nearly 2 million children, according to a new analysis of mortality rates in 32 countries there.

"U.S. Malaria Aid Saved 1.7 Million Children" is from the June 26, 2017 Science section of The New York Times. It was written by Donald G. Mcneil Jr. and narrated by Kristi Burns.