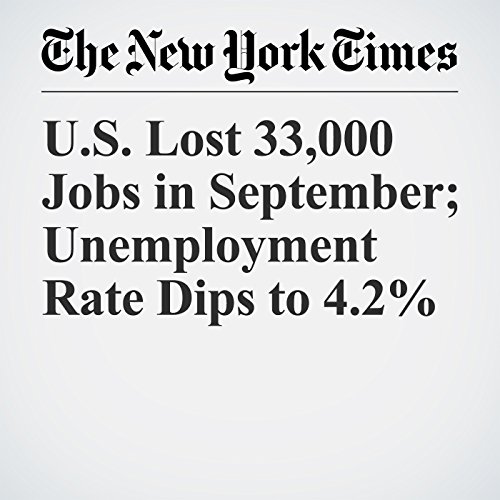 The Labor Department released its official hiring and unemployment figures for September on Friday morning, providing the latest snapshot of the U.S. economy.

"U.S. Lost 33,000 Jobs in September; Unemployment Rate Dips to 4.2%" is from the October 06, 2017 Business section of The New York Times. It was written by Patricia Cohen and narrated by Barbara Benjamin-Creel.