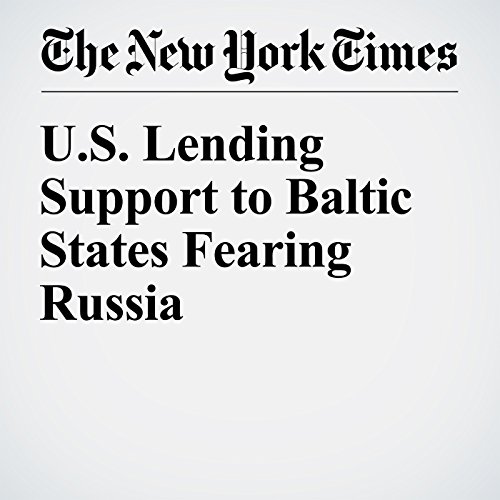 Dozens of U.S. Special Operations forces are in the Baltics to bolster the training and resolve of troops who are confronting a looming threat from Russia, and to enhance the Americans’ ability to detect Moscow’s shadowy efforts to destabilize the former Soviet republics.

"U.S. Lending Support to Baltic States Fearing Russia" is from the January 01, 2017 World section of The New York Times. It was written by Eric Schmitt and narrated by Kristi Burns.