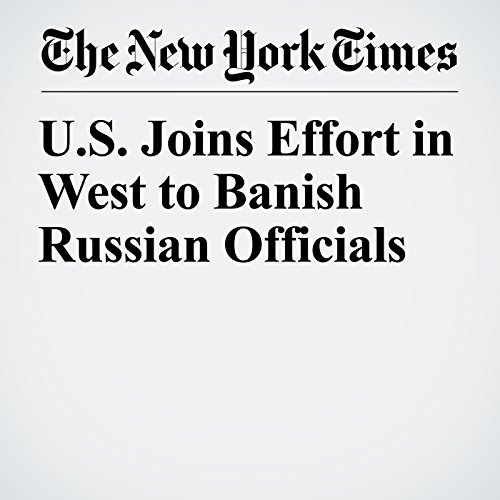 President Donald Trump ordered the expulsion of 60 Russian officials on Monday, joining a coordinated campaign by two dozen countries to retaliate for the poisoning of a former Russian spy in Britain in a Cold War-style escalation that again highlighted the disparity between the president’s words and actions.

"U.S. Joins Effort in West to Banish Russian Officials" is from the March 26, 2018 World section of The New York Times. It was written by Katie Rogers and Peter Baker and narrated by Kristi Burns.