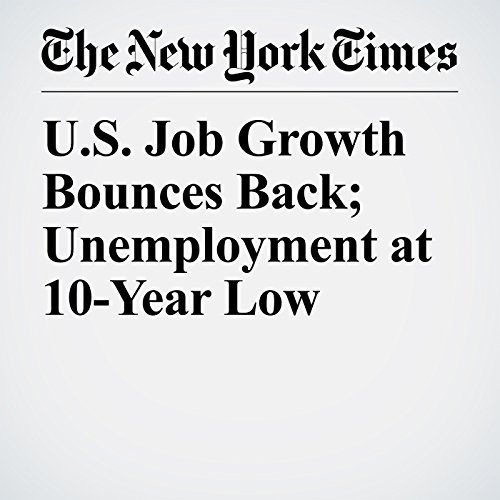 Job growth recovered in April, according to data released Friday by the Labor Department, providing a reassuring economic snapshot after weak numbers in March.

"U.S. Job Growth Bounces Back; Unemployment at 10-Year Low" is from the May 05, 2017 Financial section of The New York Times. It was written by Patricia Cohen and narrated by Mike DelGaudio.