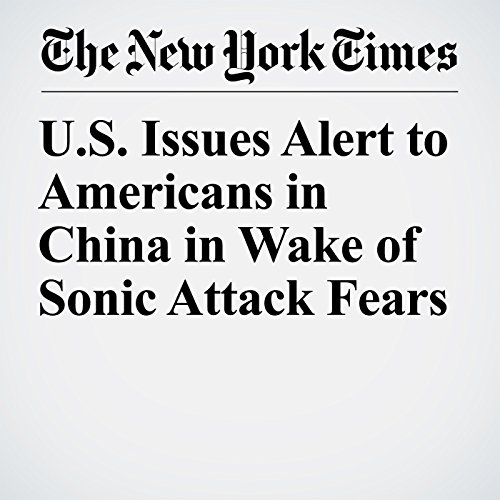 U.S. Issues Alert to Americans in China in Wake of Sonic Attack Fears

BEIJING — The State Department issued a health alert Friday to U.S. citizens living or traveling in China, advising them to seek medical attention if they experienced “auditory or sensory phenomena” similar to those experienced by U.S. diplomats evacuated to the United States.

"U.S. Issues Alert to Americans in China in Wake of Sonic Attack Fears" is from the June 08, 2018 U.S. section of The New York Times. It was written by Jane Perlez and Steven Lee Myers and narrated by Barbara Benjamin-Creel.