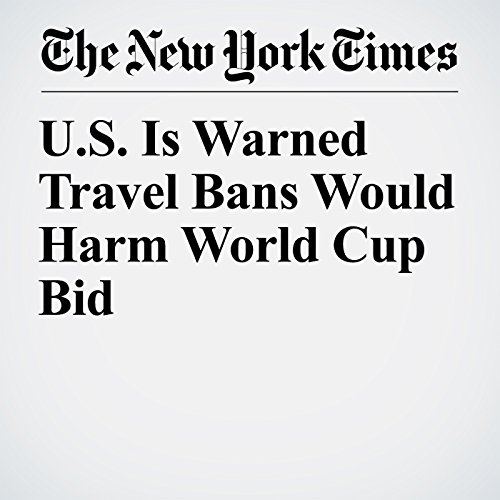 "U.S. Is Warned Travel Bans Would Harm World Cup Bid" is from the February 27, 2017 U.S. section of The New York Times. It was written by Rory Smith and narrated by Fleet Cooper.