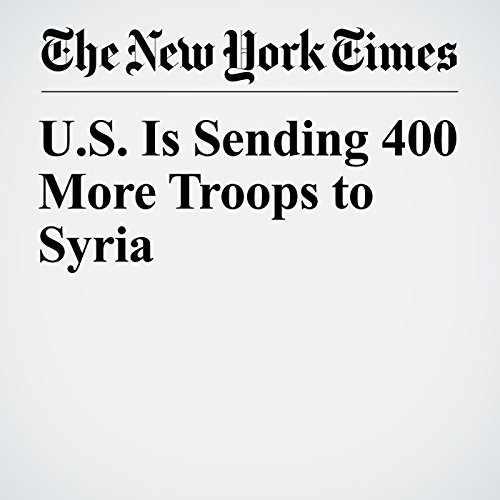 The United States is sending an additional 400 troops to Syria to help prepare for the looming fight for Raqqa, the de facto capital of the Islamic State group’s self-proclaimed caliphate, U.S. officials said Thursday.

"U.S. Is Sending 400 More Troops to Syria" is from the March 09, 2017 World section of The New York Times. It was written by Michael R. Gordon and narrated by Fleet Cooper.