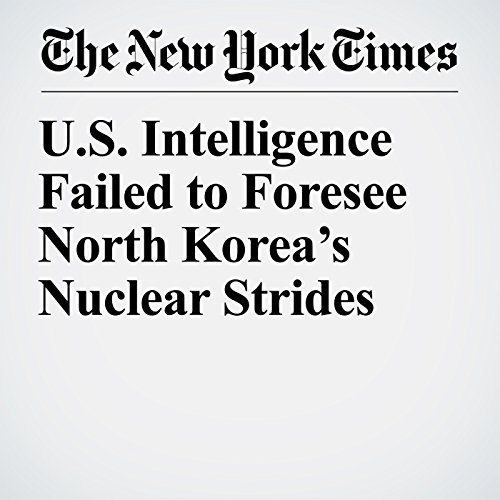 At the start of Donald Trump’s presidency, U.S. intelligence agencies told the new administration that while North Korea had built the bomb, there was still ample time — upward of four years — to slow or stop its development of a missile capable of hitting a U.S. city with a nuclear warhead.

"U.S. Intelligence Failed to Foresee North Korea’s Nuclear Strides" is from the January 06, 2018 U.S. section of The New York Times. It was written by David E. Sanger and William J. Broad and narrated by Kristi Burns.