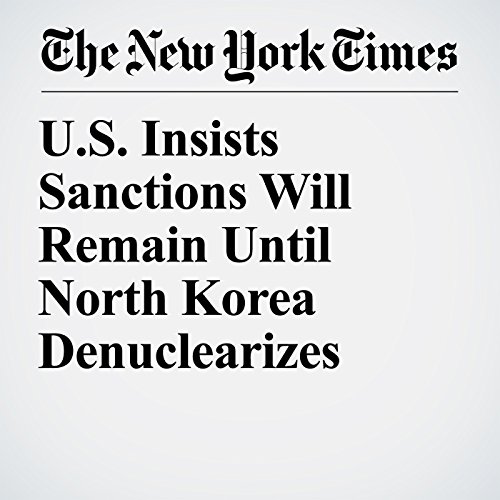 BEIJING — Secretary of State Mike Pompeo told Asian powers Thursday that President Donald Trump was sticking to demands that North Korea surrender its nuclear weapons, as he sought to hold together a fragile consensus on maintaining tough sanctions against the North despite Trump’s declaration that it was “no longer a nuclear threat.”

"U.S. Insists Sanctions Will Remain Until North Korea Denuclearizes" is from the June 14, 2018 U.S. section of The New York Times. It was written by Jane Perlez and Choe Sang Hun and narrated by Fleet Cooper.