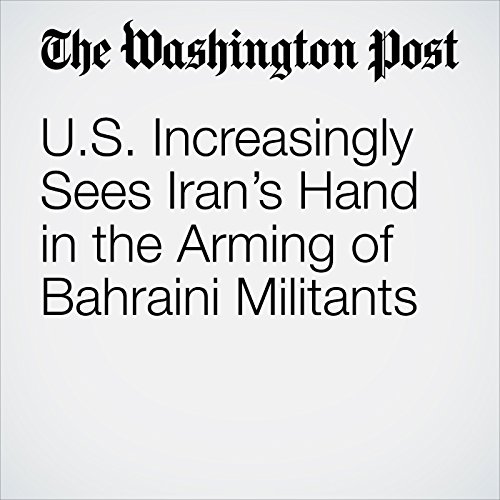 The men who built the secret bomb factory had been clever — suspiciously so, Bahraini investigators thought, for a gang known mostly for lobbing molotov cocktails at police. The underground complex had been hewed, foot by foot, beneath the floor of a suburban villa, with no visible traces at street level and only a single entrance, hidden behind a kitchen cabinet.

"U.S. Increasingly Sees Iran’s Hand in the Arming of Bahraini Militants" is from the April 01, 2017 World section of The Washington Post. It was written by Souad Mekhennet and Joby Warrick and narrated by Sam Scholl.