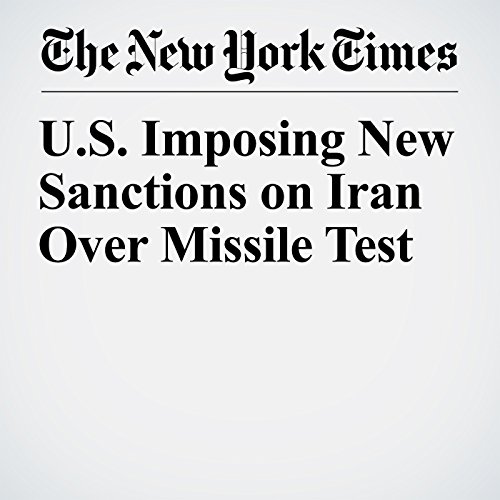 The Trump administration Friday designated 25 individuals and entities associated “with Iran’s ballistic missile program,” including the Islamic Revolutionary Guards Corps, for sanctions in response to the missile test last weekend, according to a senior administration official.

"U.S. Imposing New Sanctions on Iran Over Missile Test" is from the February 03, 2017 World section of The New York Times. It was written by Glenn Thrush and David E. Sanger and narrated by Mike DelGaudio.