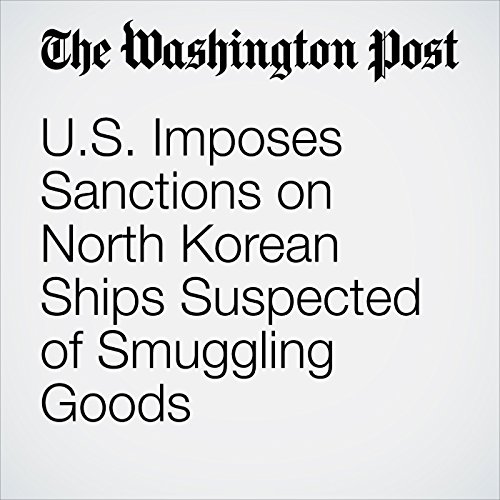 The United States on Wednesday slapped sanctions on six North Korean ships, 16 individuals and nine companies that it said had facilitated Pyongyang’s weapons programs in a continuing effort to further isolate the regime.

"U.S. Imposes Sanctions on North Korean Ships Suspected of Smuggling Goods" is from the January 24, 2018 World section of The Washington Post. It was written by Carol Morello and narrated by Sam Scholl.