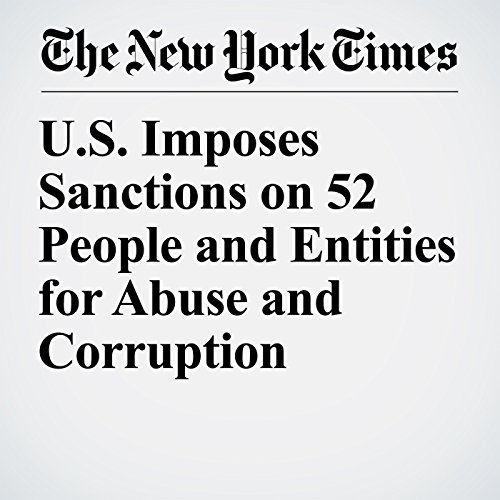 The United States imposed sanctions on 52 people and entities Thursday for alleged human rights violations and corruption, a list that included Maung Maung Soe, a top Myanmar general cited for an ongoing deadly crackdown on the Rohingya, a Muslim ethnic group.

"U.S. Imposes Sanctions on 52 People and Entities for Abuse and Corruption" is from the December 21, 2017 World section of The New York Times. It was written by Gardiner Harris and narrated by Keith Sellon-Wright.