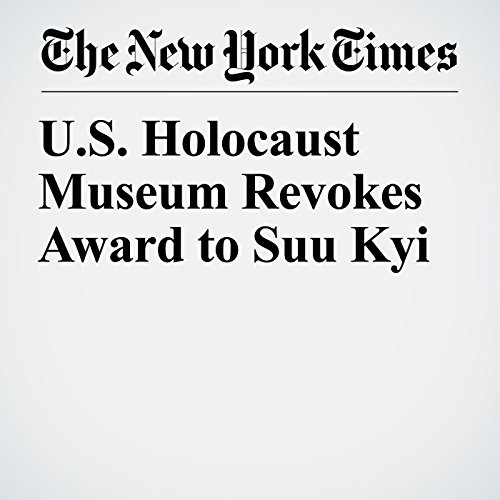 The U.S. Holocaust Memorial Museum has revoked a prestigious human rights award it had given to Nobel laureate Aung San Suu Kyi, now Myanmar’s civilian leader, faulting her for failing to halt or even acknowledge the violence against her country’s Rohingya Muslim minority.

"U.S. Holocaust Museum Revokes Award to Suu Kyi" is from the March 07, 2018 U.S. section of The New York Times. It was written by Michael Schwirtz and narrated by Keith Sellon-Wright.