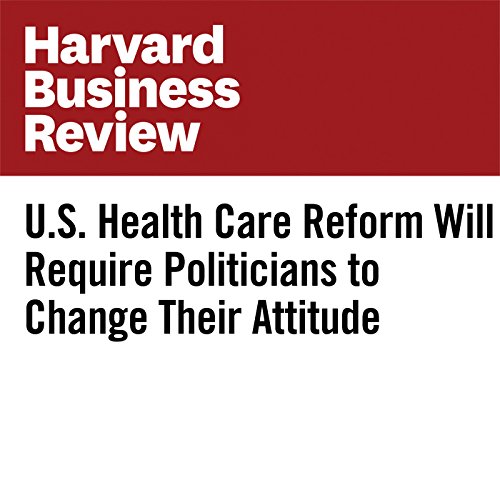 It is no secret that replacing the Affordable Care Act, popularly known as Obamacare or the ACA, is high on the agenda of the incoming Republican administration and Congress. Speaker Paul Ryan has said that the law has “failed.” In the campaign debates, Donald Trump said it was “destroying our country.” But even as the new administration has issued its initial executive orders, Republicans have yet to offer a true alternative plan, and the timing on replacement is still hazy.

"U.S. Health Care Reform Will Require Politicians to Change Their Attitude" is from hbr.org, published on February 2, 2017.