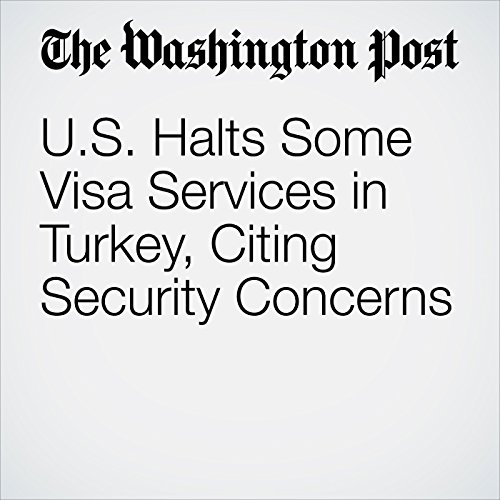 The U.S. Embassy in Ankara announced Sunday that it was suspending all non-immigrant visa services at diplomatic facilities across Turkey, in what appeared to be an act of retaliation after Turkey arrested an employee of the U.S. Consulate in Istanbul last week.

"U.S. Halts Some Visa Services in Turkey, Citing Security Concerns" is from the October 08, 2017 World section of The Washington Post. It was written by Erin Cunningham and narrated by Sam Scholl.