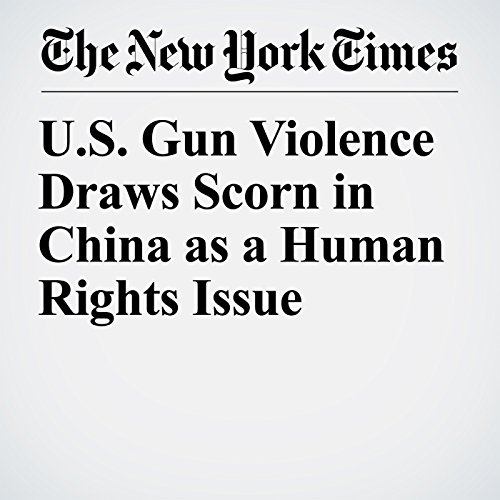 HONG KONG — A newspaper controlled by the Communist Party of China criticized the United States for its high level of gun violence, calling it hypocritical that a country that condemns others over human rights violations is failing to stem such slaughter at home.

"U.S. Gun Violence Draws Scorn in China as a Human Rights Issue" is from the February 23, 2018 World section of The New York Times. It was written by Austin Ramzy and narrated by Barbara Benjamin-Creel.