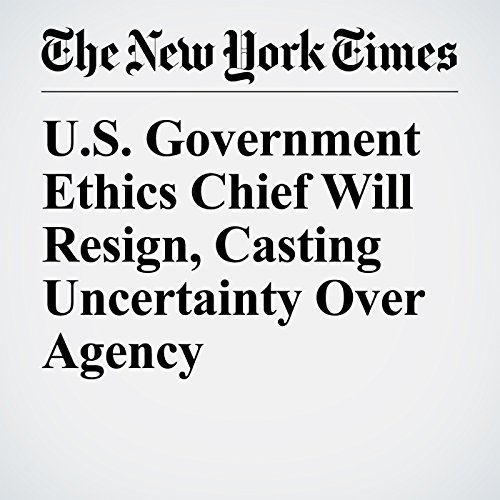 Walter M. Shaub Jr., the government’s top ethics watchdog who has repeatedly gone head-to-head with the Trump administration over conflicts of interest, said Thursday that he was calling it quits.

"U.S. Government Ethics Chief Will Resign, Casting Uncertainty Over Agency" is from the July 06, 2017 U.S. section of The New York Times. It was written by Nicholas Fandos and narrated by Kristi Burns.