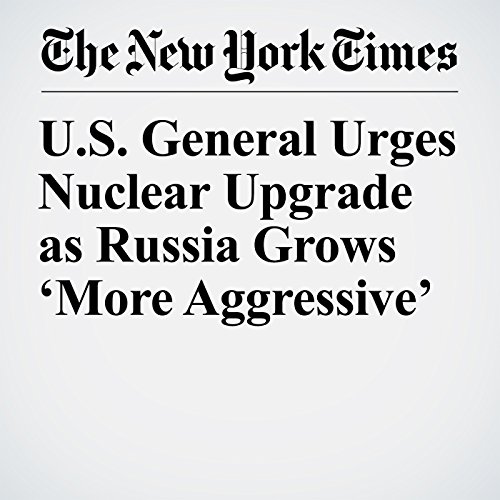 The general who oversees the United States’ atomic weapons arsenal has expressed concern over what he described as “much more aggressive” behavior by Russia in recent years, saying it justifies the need for a strengthened and modernized nuclear deterrent force in this country.

"U.S. General Urges Nuclear Upgrade as Russia Grows ‘More Aggressive’" is from the March 22, 2017 World section of The New York Times. It was written by Rick Gladstone and narrated by Keith Sellon-Wright.