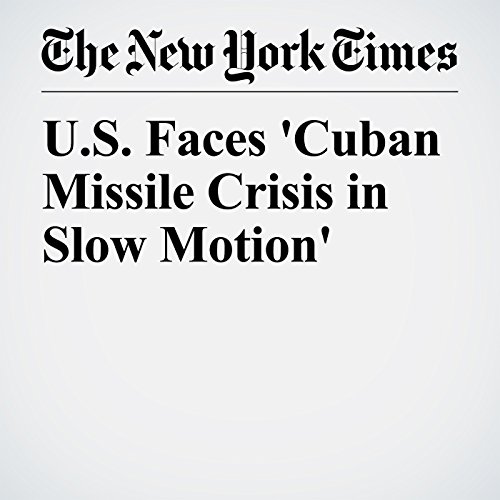 All the elements of the North Korean nuclear crisis — the relentless drive by Kim Jong Un to assemble an arsenal, the propaganda and deception swirling around his progress, the hints of a covert war by the United States to undermine the effort, rather than be forced into open confrontation — were on vivid display this weekend.

"U.S. Faces 'Cuban Missile Crisis in Slow Motion'" is from the April 16, 2017 World section of The New York Times. It was written by David E. Sanger and William J. Broad and narrated by Kristi Burns.