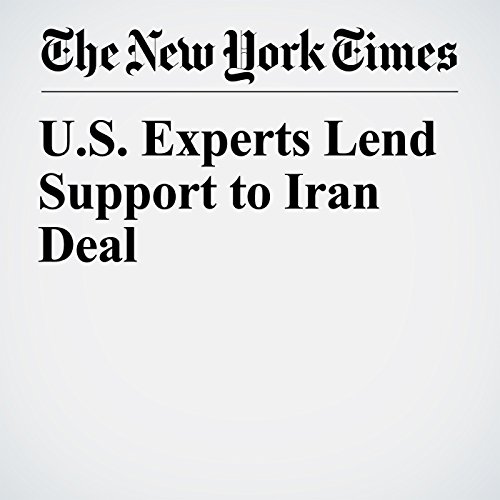 The Iran nuclear accord, assailed by President Donald Trump and his revamped retinue of advisers, received a strong endorsement Monday from a bipartisan group of more than 100 national security veterans, who said the United States gains nothing by scrapping it.

"U.S. Experts Lend Support to Iran Deal" is from the March 26, 2018 World section of The New York Times. It was written by Rick Gladstone and narrated by Kristi Burns.