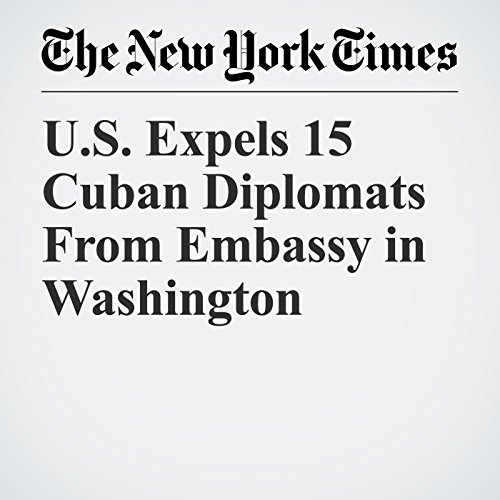 The Trump administration expelled 15 Cuban diplomats from the embassy in Washington in an escalating response to mysterious illnesses afflicting U.S. Embassy personnel in Havana.

"U.S. Expels 15 Cuban Diplomats From Embassy in Washington" is from the October 03, 2017 World section of The New York Times. It was written by Gardiner Harris and Julie Hirschfeld Davis and narrated by Kristi Burns.