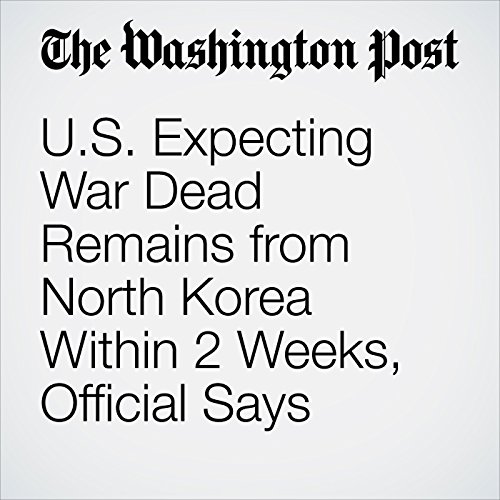 SEOUL — The U.S. military is expecting to repatriate from North Korea the remains of as many as 55 service members who were killed during the Korean War, a U.S. official said Tuesday.

"U.S. Expecting War Dead Remains from North Korea Within 2 Weeks, Official Says" is from the July 17, 2018 World section of The Washington Post. It was written by Adam Taylor and narrated by Sam Scholl.