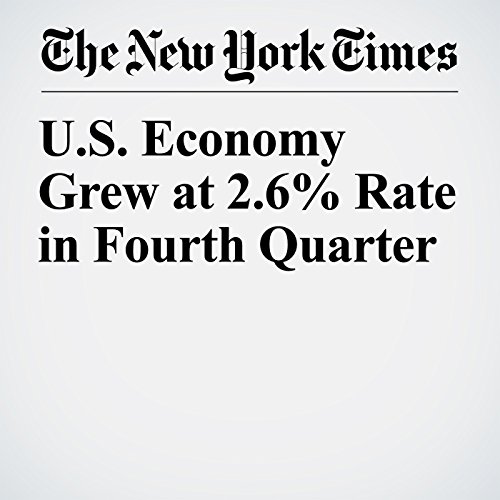 The economy grew at an annual rate of 2.6 percent in the final quarter of 2017, the government reported Friday, finishing off the year on a firm footing — though short of the heady 4 percent annual growth that President Donald Trump has promised.

"U.S. Economy Grew at 2.6% Rate in Fourth Quarter" is from the January 26, 2018 Business section of The New York Times. It was written by Patricia Cohen and narrated by Barbara Benjamin-Creel.