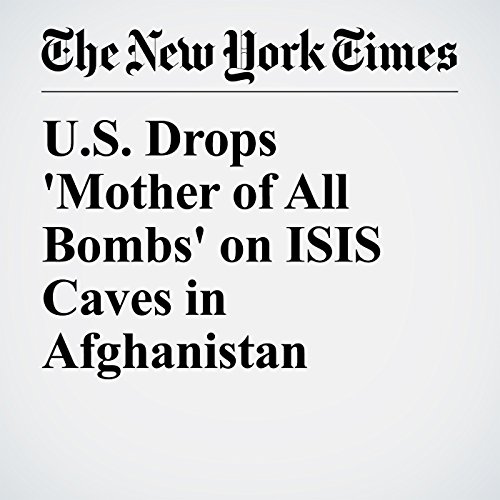 The United States dropped the “mother of all bombs” — the largest conventional bomb in the U.S. arsenal — on an Islamic State cave complex in Afghanistan on Thursday, the Pentagon said, unleashing a munition so massive that it had to be dropped from the rear of a cargo plane.

"U.S. Drops 'Mother of All Bombs' on ISIS Caves in Afghanistan" is from the April 13, 2017 World section of The New York Times. It was written by Helene Cooper and narrated by Keith Sellon-Wright.