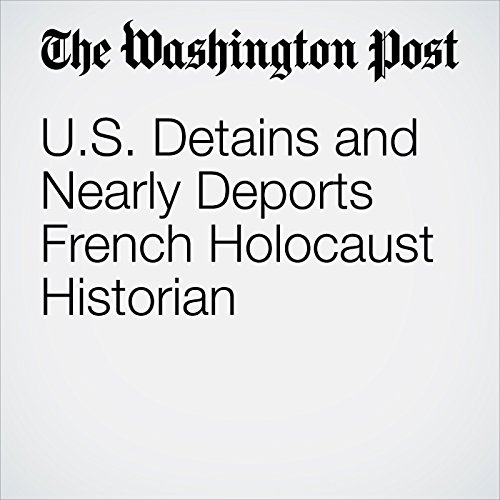 Henry Rousso is one of France’s most preeminent scholars and public intellectuals. Last week, as the historian attempted to enter the United States to attend an academic symposium, he was detained for more than 10 hours — for no clear reason.

"U.S. Detains and Nearly Deports French Holocaust Historian" is from the February 26, 2017 World section of The Washington Post. It was written by James McAuley and narrated by Sam Scholl.