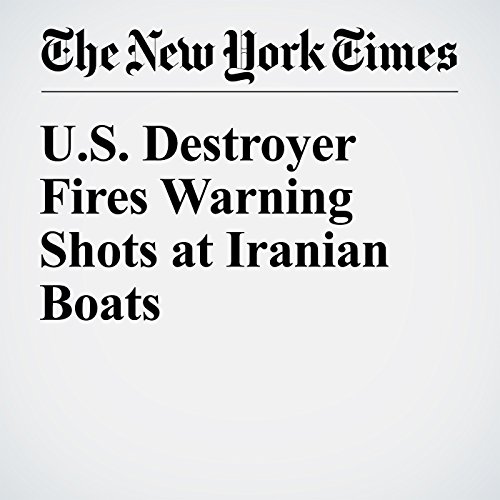 In a vivid illustration of the tensions between the United States and Iran, a U.S. Navy warship fired warning shots at Iranian boats that were racing toward it near the Strait of Hormuz, Defense Department officials said Monday.

"U.S. Destroyer Fires Warning Shots at Iranian Boats" is from the January 09, 2017 World section of The New York Times. It was written by Michael R. Gordon and narrated by Fleet Cooper.