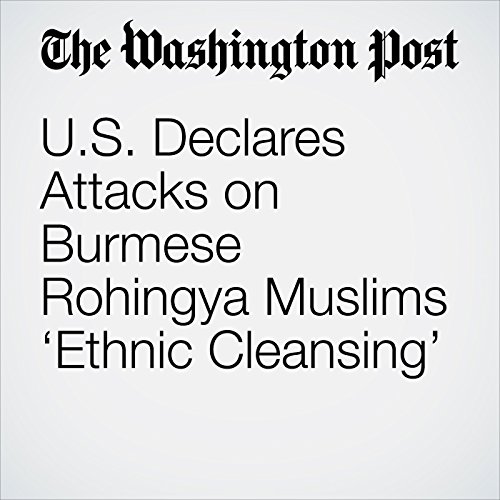 The United States on Wednesday declared the violence and atrocities against the Rohingya Muslim minority in Burma to be a campaign of “ethnic cleansing,” and Secretary of State Rex Tillerson warned that U.S. sanctions may be forthcoming.

"U.S. Declares Attacks on Burmese Rohingya Muslims ‘Ethnic Cleansing’" is from the November 22, 2017 World section of The Washington Post. It was written by Carol Morello and Max Bearak and narrated by Sam Scholl.