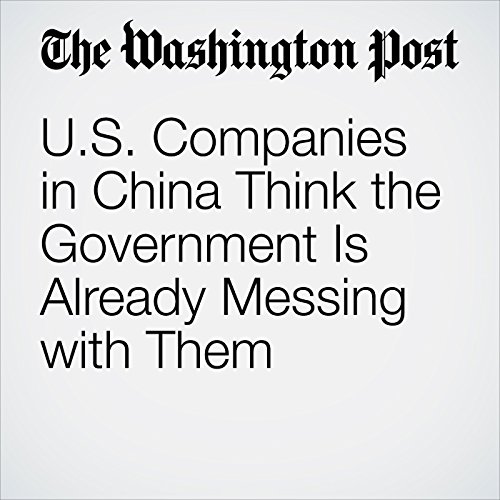 BEIJING — An American company that ships cherries to a coastal province in southeast China recently encountered a new hurdle at the border: Customs officers ordered a load into quarantine for a week, so it spoiled and was sent back to the United States.

"U.S. Companies in China Think the Government Is Already Messing with Them" is from the July 04, 2018 World section of The Washington Post. It was written by Danielle Paquette and narrated by Sam Scholl.