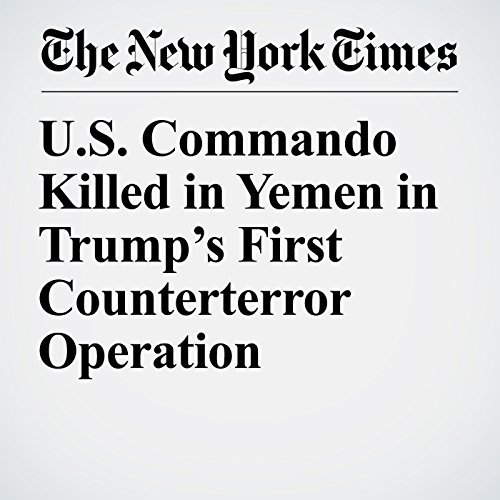 One U.S. commando was killed and three others were injured in a fierce firefight overnight with al-Qaida militants in central Yemen, the military said Sunday morning.

"U.S. Commando Killed in Yemen in Trump’s First Counterterror Operation" is from the January 29, 2017 World section of The New York Times. It was written by Eric Schmitt and narrated by Fleet Cooper.