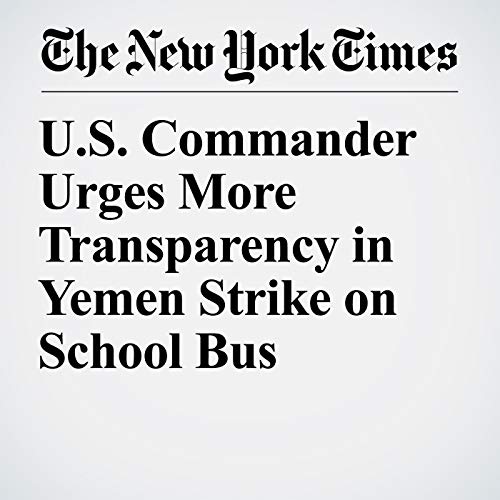 The top U.S. air commander in the Middle East is urging the Saudi-led coalition of Arab nations to be more forthcoming about an investigation into an airstrike in northern Yemen earlier this month that struck a school bus, killing more than 40 children.

"U.S. Commander Urges More Transparency in Yemen Strike on School Bus" is from the August 27, 2018 U.S. section of The New York Times. It was written by Eric Schmitt and narrated by Keith Sellon-Wright.