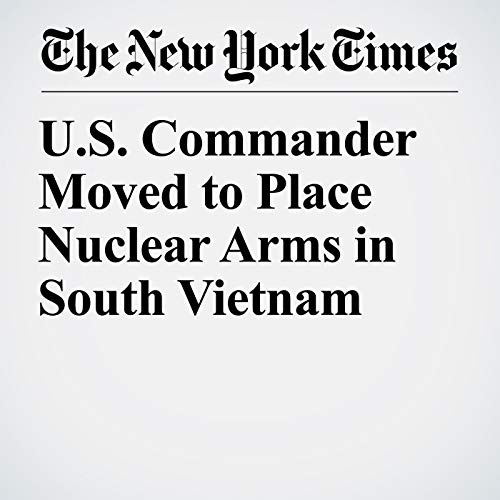 In one of the darkest moments of the Vietnam War, the top U.S. military commander in Saigon activated a plan in 1968 to move nuclear weapons to South Vietnam until he was overruled by President Lyndon B. Johnson, according to recently declassified documents cited in a new history of wartime presidential decisions.

"U.S. Commander Moved to Place Nuclear Arms in South Vietnam" is from the October 07, 2018 World section of The New York Times. It was written by David E. Sanger and narrated by Kristi Burns.