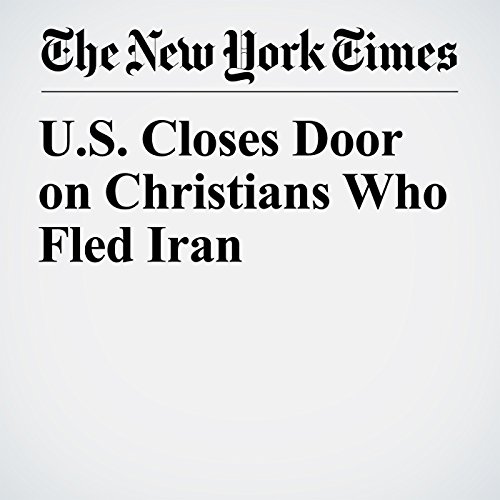 They sold their homes and possessions, quit their jobs and left their country — they thought for good. The Iranians, mainly members of their nation’s Christian minorities, were bound for a new life in the United States after what should have been a brief sojourn in Austria for visa processing.

"U.S. Closes Door on Christians Who Fled Iran" is from the March 01, 2018 World section of The New York Times. It was written by Miriam Jordan and narrated by Barbara Benjamin-Creel.