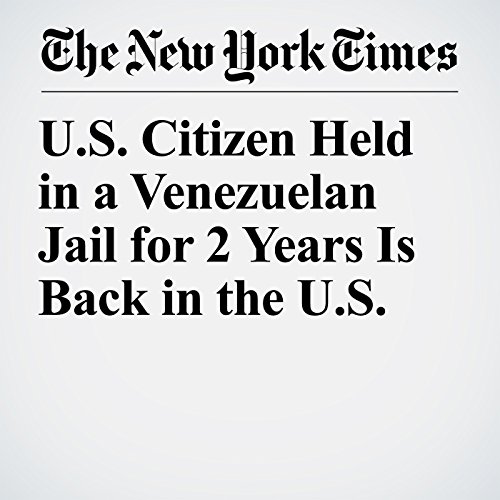 President Donald Trump hosted a U.S. citizen in the Oval Office on Saturday night just hours after a delegation led by one of Utah’s senators succeeded in freeing the 26-year-old man from a Venezuelan prison where he had been held for two years without a trial.

"U.S. Citizen Held in a Venezuelan Jail for 2 Years Is Back in the U.S." is from the May 26, 2018 U.S. section of The New York Times. It was written by Michael D. Shear and Nicholas Casey and narrated by Keith Sellon-Wright.

Cosa pensano gli ascoltatori di U.S. Citizen Held in a Venezuelan Jail for 2 Years Is Back in the U.S.