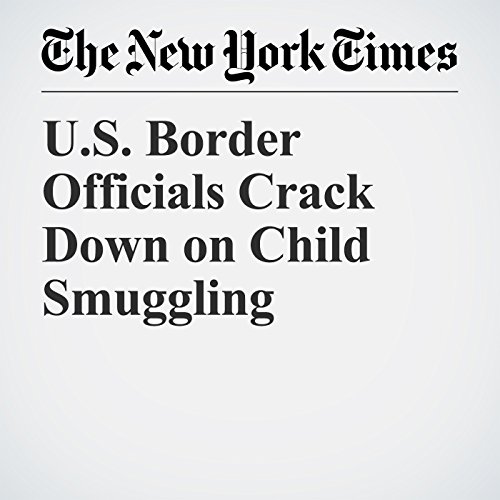 The Trump administration is stepping up its pursuit of parents who paid to have their children illegally brought into the United States, according to people familiar with the matter. The effort, part of a widening crackdown on illegal immigration, is aimed at discouraging families from paying human smuggling organizations.

"U.S. Border Officials Crack Down on Child Smuggling" is from the September 24, 2017 Politics section of The New York Times. It was written by Ron Nixon and Caitlin Dickerson and narrated by Barbara Benjamin-Creel.