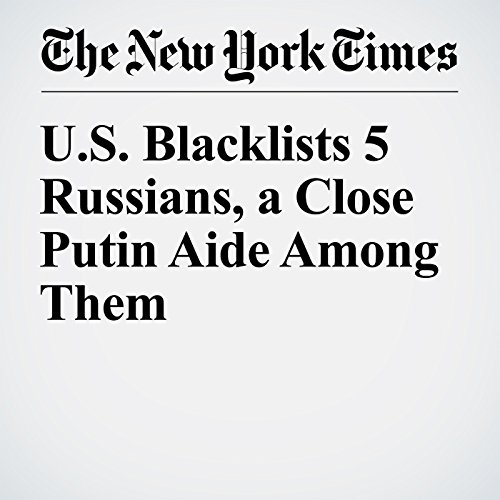 U.S. Blacklists 5 Russians, a Close Putin Aide Among Them

The Obama administration is blacklisting five Russians, including the government’s chief public investigator who is a close aide to President Vladimir Putin, for human-rights abuses, throwing down a gauntlet to President-elect Donald Trump nearly two weeks before he takes office with a promise to thaw relations with Russia.

"U.S. Blacklists 5 Russians, a Close Putin Aide Among Them" is from the January 09, 2017 World section of The New York Times. It was written by Mark Landler and narrated by Kristi Burns.