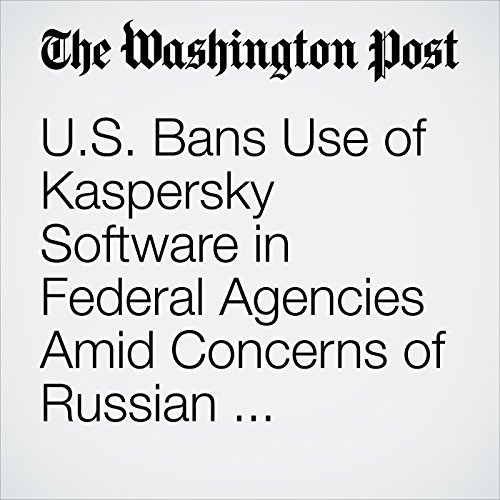 The U.S. government on Wednesday banned the use of a Russian brand of security software by federal agencies and gave them three months to remove the software amid concerns the company has ties to state-sponsored cyberespionage activities, according to U.S. officials.

"U.S. Bans Use of Kaspersky Software in Federal Agencies Amid Concerns of Russian Espionage" is from the September 13, 2017 National section of The Washington Post. It was written by Ellen Nakashima and Jack Gillum and narrated by Sam Scholl.