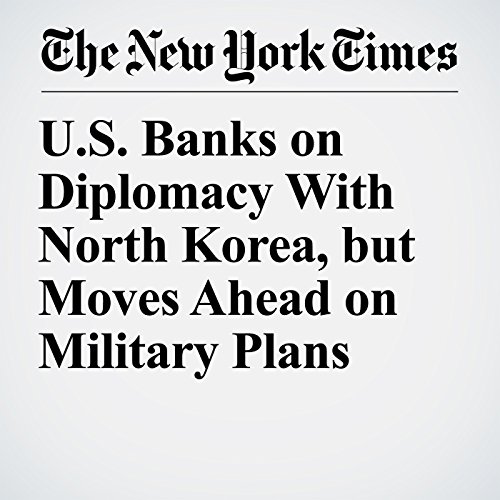 A classified military exercise last week examined how U.S. troops would mobilize and strike if ordered into a potential war on the Korean Peninsula, even as diplomatic overtures between the North and the Trump administration continue.

"U.S. Banks on Diplomacy With North Korea, but Moves Ahead on Military Plans" is from the February 28, 2018 World section of The New York Times. It was written by Helene Cooper, Eric Schmitt and narrated by Kristi Burns.