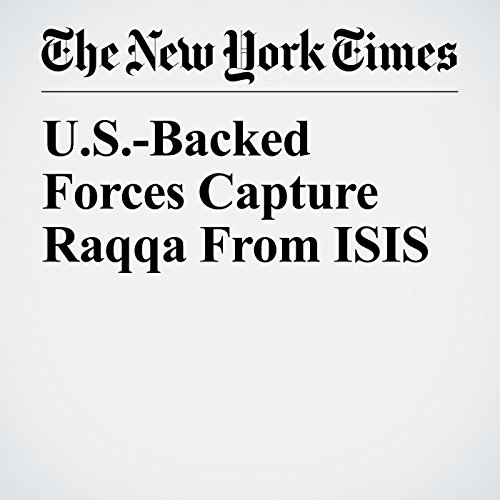 U.S.-backed forces said on Tuesday that they had seized the northern Syrian city of Raqqa from the Islamic State, a major blow to the militant group, which had long used the city as the de facto capital of its self-declared caliphate.

"U.S.-Backed Forces Capture Raqqa From ISIS" is from the October 17, 2017 World section of The New York Times. It was written by Anne Barnard and narrated by Keith Sellon-Wright.