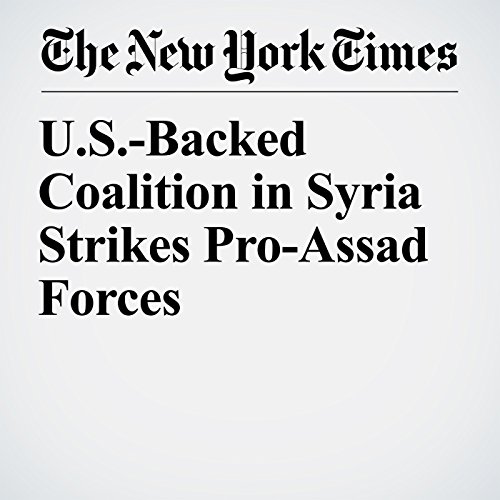 The U.S.-backed coalition in Syria said it repelled an attack by forces supporting the Assad government, carrying out deadly strikes Wednesday night, in a rare confrontation between competing factions that have both fought the Islamic State.

"U.S.-Backed Coalition in Syria Strikes Pro-Assad Forces" is from the February 08, 2018 World section of The New York Times. It was written by Anne Barnard, Richard Pérez Peña and narrated by Kristi Burns.