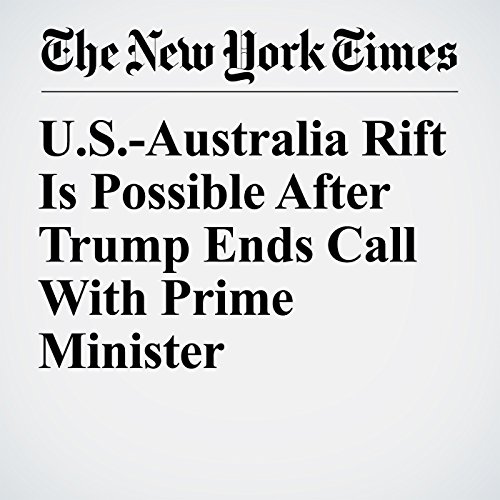 A phone call between President Donald Trump and the Australian prime minister is threatening to develop into a diplomatic rift between two stalwart allies after the two men exchanged harsh words over refugee policy and Trump abruptly ended the call.

"U.S.-Australia Rift Is Possible After Trump Ends Call With Prime Minister" is from the February 02, 2017 World section of The New York Times. It was written by Glenn Thrush and Michelle Innis and narrated by Caroline Miller.